Documentary: The Myth and Islam

Besides of MCP, we also have to come out with SCP (Single Camera Production) which is part of our Final Year Project as well- Documentary. We were struggling between topic "The Development of 3D" or "Pontianak" at the beginning and the group members cast their votes for " the woman"- Pontianak. Even though this production was in smaller group with 9 members, everything doesn't goes smooth as planned initially. We encountered the difficulties to reach the interviewee we wanted to interview with and conflict also raised among ourselves later. 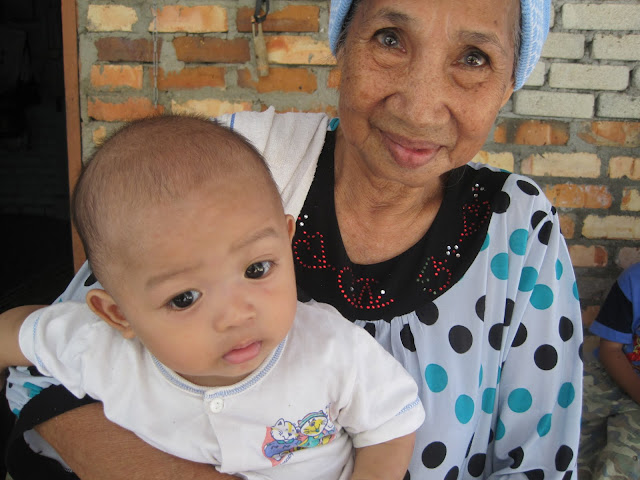 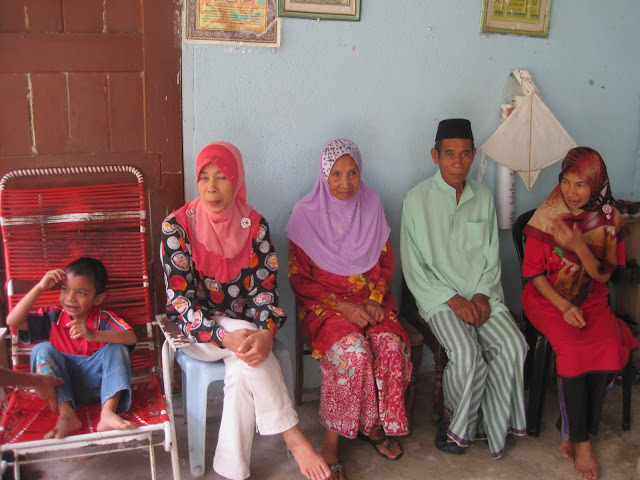 It was really sad to see the conflict happened among us, of course, we were awkward after all. We are losing direction and uncertain with what we're doing, thats why we were stress and restless while rushing to meet the deadline of other assignments at the same time. It was a bloody killing session! To be frank, I was disappointed with few others group member that never show concern or offering help on this documentary when it is actually THEIR final year work as well, I thought. Without proper communication, the conflict happened when no ones is questioning and asking about the progress of documentary and everyone else seem like dying with own assignment in silent. I feel contrite to my producer with over question on the progress of documentary and irritated her so much in the end. In anyway, I'm thankful for her effort and contribution to the production as well. That day, I saw her tears were rolling in the eyes... ..
Everyone has their own way on handling thing, for me, I would love to talk face to face.Sometimes, most of the time, people hardly hear about your efforts in silent. OR maybe, I'm more demanding person in other saying. Hmmm... There are two important lesson I gained from this experience, Leadership and Communication. Since I've talk about the communication problem earlier, maybe I can share some of opinion on leadership from this production. My director is a gentle and extreme friendly lady, not even that, she is showing her potential in production start from production last year... and I believe she will be even outstanding person equipped with ability on decision making, A Leader. The thought and decision as an leader is important for a production team, because lacking of confident and uncertainty will greatly affect the progress of production. When you've the ability to be in the position, there is no doubt that people have certain level of confident on you by putting you in that place, isnt? For me, I think every production is an opportunity to learn moreover skill, but also knowing yourself better. So, whats your gain in this experience? It is definitely not merely A Production spent you a fortune thats all. 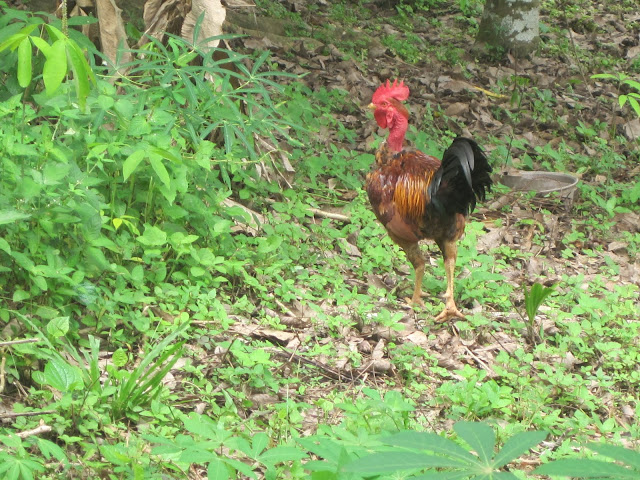 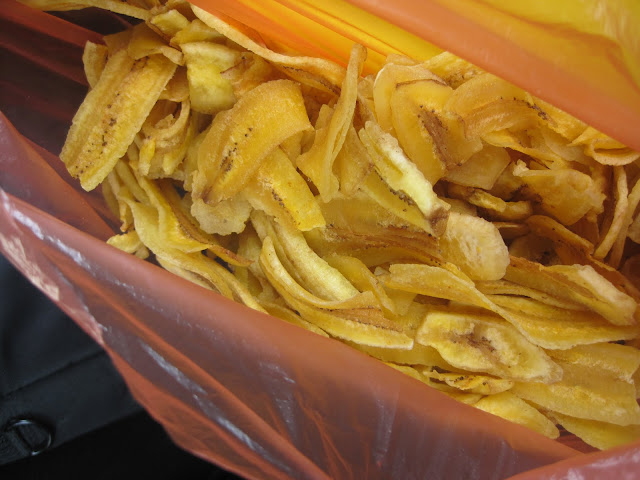 Pisang Goreng treated by Orang Kampung
In the few previous posts in my blog, my coursemates bought me a cake written with "Cik Pontianak" on it during my birthday. Well, I was supposed to act as Pontianak in the initial storyline and we've already shooted the footages! The storyline changed entirly considerate from the aspect of our topic and avoiding ludicrous when watching a familiar face of me! (reduce the impact of realistic in screen). Espcially thanks to our junior, Kahmun for lending the baju kebaya that I'm wearing for shooting purpose. 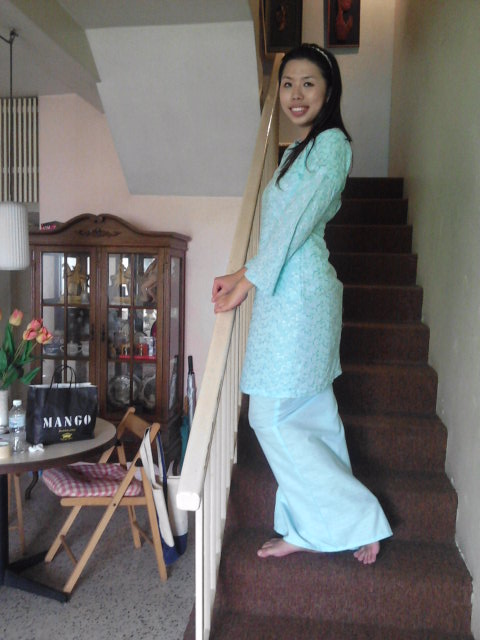 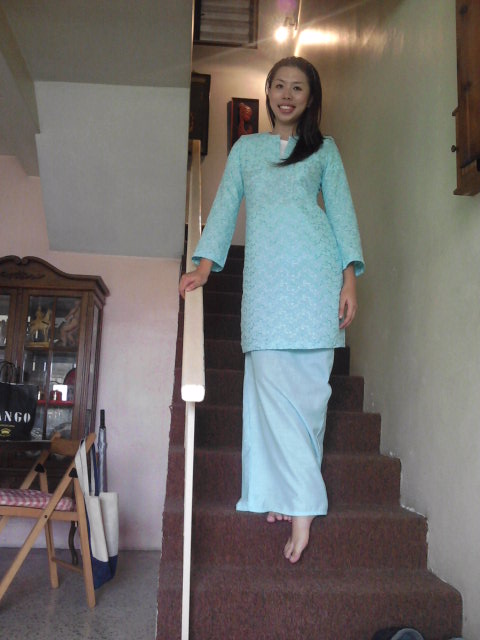 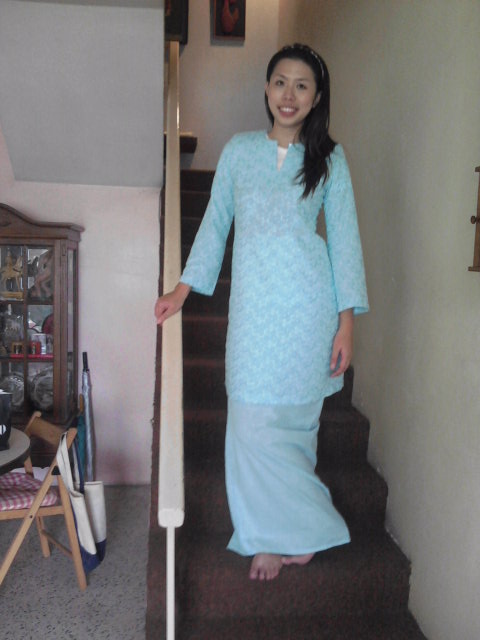 Frankly speaking, I was quiet stress on this documentary production because there are people with expectation out there on our work. In this production, I've consulted with one of our lecturer Mr Luqman Lee with his knowledge on this topic and he hopes to screen our work during his class as reference for malaysia's topic study. Besides that, the author of 120 Malay Movies Amir Muhammad (Director) also requesting to screen on his exhibition too. I'm so glad for the opportunity and the expectations on us, however, I hope they wouldn't feel too disappointed after seen our student work to their standard....
Stressnya.
The topic on Pontianak was inspired by the book that I've read ( not finishing yet, ohh...) and I found interesting to do something about her since we're limited to Malaysia's topic as well. There is a scene in the storyline (Initial) adopted from the book that acted out by me, it suppose to be "see" like this:
A bloke says of a passing Cantonese-speaking Chinese woman:
"Kalau dia pontianak, aku paku tengkok dia dengan paku, kahwin.
(If she's a pontianak, I will drive a nail into the back of her neck, and marry her)"
To which she replies in Malay,
"Macam mana kau tahu aku bukan pontianak?"
(How do you know I'm not a pontianak?)
-120 Malay Movies, p.129
Perhaps when you're reading my post, you've no idea what Pontianak is and about?﻿
Let me clear your doubt by watching our Final Year Project,
Documentary: The Myth & Islam.
Production Crews
Producer: Poon Sook Yee
Director : Pang Wan Yee
Assistant Director: Catea Tan
Production Manager: Lee Hong Hui
Lighting Director: Daniel Lee Yun Rhui
Camera Operator: Liu Win Gian
Audio Engineer: Kumutha Devi
Set Designer: Phua Eng Yee
Floor Manager: Loke May Rong
Continuity Secretary: Loke May Rong
Cast Director: Kumutha Devi 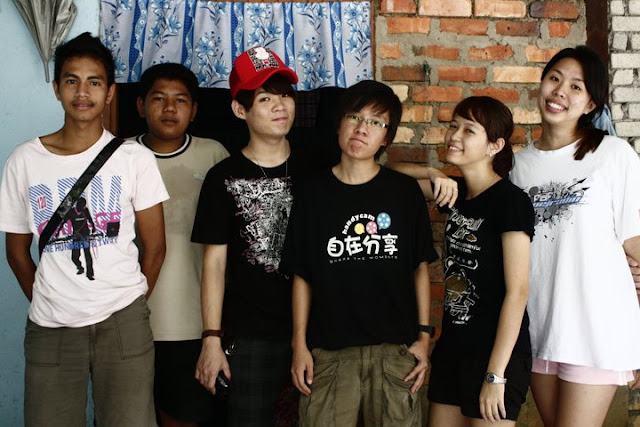 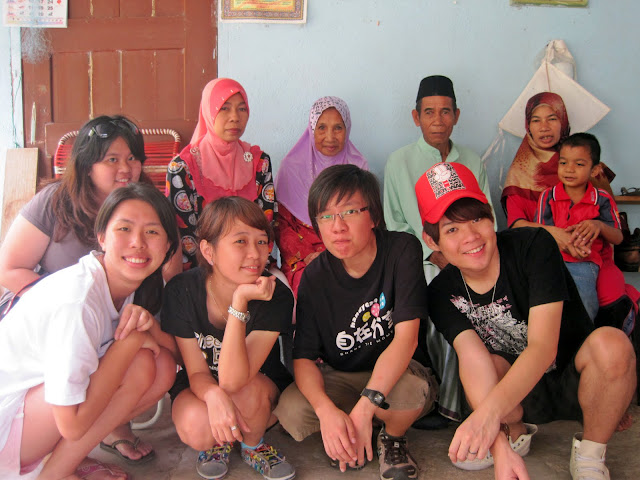 Email ThisBlogThis!Share to TwitterShare to FacebookShare to Pinterest
Labels: Cake of University