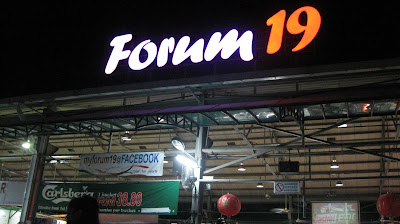 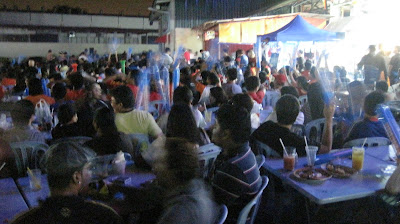 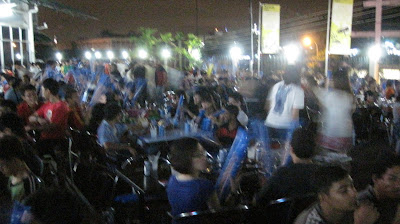 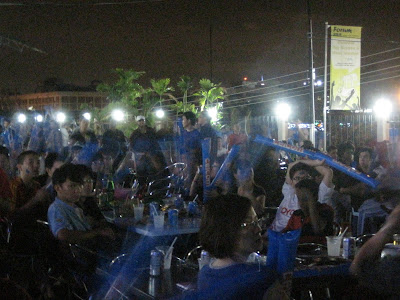 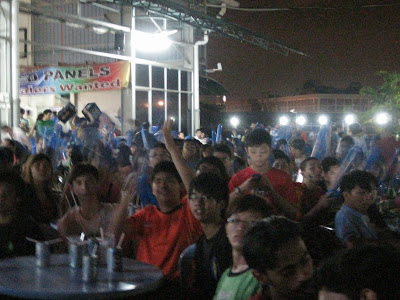 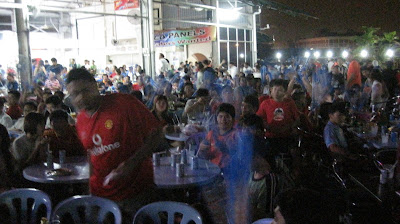 The Crowd! The Fans!
I did not sleep last night to catch the final match of the FIFA World Cup: Spain Vs Netherland. It was 6am in the morning when I was home..... what a looooooooooong game with another and another and another additional time.....tired. I've to said the bald referee of that final match was irritating kept on blowing the whistle (alrite, though I dunno the rules well) and I suspect he might has the hobby to collects yellow cardsssssssssssssss, aiks. 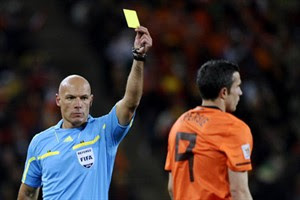 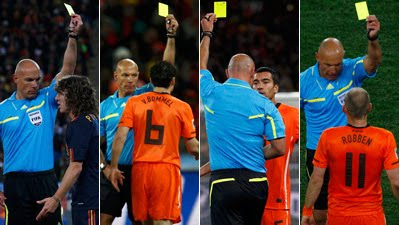 English Football Referee, Howard Webb
If you did catched the game, you should know what am I talking about then. But by the way, did you fall asleep or apply sick leave today for not goin to work? Haha. Not forgotten, the octopus Paul can finally off for holidays now! wink~

Well, I wasn't a football fans but this worldcup football game was that great influence that everyone just couldnt avoid to talk about it everywhere and anywhere. If you couldn't leave it, join it! During this football fever period, I've make it to catch few games with my frens: 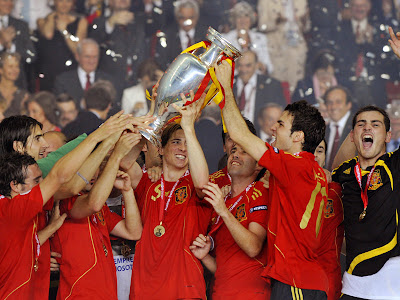 Nothing special reason I support Spain,
unless there is Malaysia Team lah ... Hahahaha!
Through these worldcup games, let me realised and start to think about the future..... why?
I'm an undergraduate student during the FIFA Wordcup 2010, cheers and chill together with my frens when everyones was in the mood of the event. We would skip the lecture (dangerous action, do not imitate) of next day if we couldnt wake up on the next day, everything is that free.... as long as you like it how you want it to be. Think about it, when the next time you watch FIFA Worldcup again after 4 years... Where would you be and who would you be together that time?

It would be the same scenario, but different people and different identity that time... sound like so sad about that, right? Time flies and no ones able to hold the time, it simply sneak away day after day....
How good would it be if I can spend more years in my university life because I really enjoy and like it so much the life that I'm leading now......

... alrite, I dun care whatever it is,
Sleep FIRST!

Email ThisBlogThis!Share to TwitterShare to FacebookShare to Pinterest
Labels: Cake of University